Pulque is the ancient predecessor of mezcal, tequila and all Mexican cervezas. Originally known as octli poliqhui, this morphed into pulque with the Spanish conquest in the 16th Century. Revered by the ancient Mesoamericans for ritualistic use, it was reserved for warriors, dignitaries and priests. It was also prescribed to and quaffed by pregnant women and the elderly for it’s salubriousness; pulque was the original kombucha. This Aztec elixir of the gods is chock full of probiotics, vitamins and minerals.

Pulque is unique in that it is from the fermented sap of the maguey plant. This plant is most prolific around the Bajío region North and East of Mexico City – primarily Hidalgo and Tlaxcala states. Pulque is all natural. It is not distilled. Fermentation begins naturally, albeit gradually, from airborne yeasts and bacteria, from the moment the plant is cut and the sap begins to flow.

Due to it’s ongoing fermentation process pulque has a very short shelf life. The closer to it’s source the fresher the pulque. The collected sap is put in large fermentation vats, known as tinas, which are stored in a tinacal. A small amount of actively fermenting pulque is added to jump-start fermentation (like a starter in sourdough).

As with many things of ancient stock, myths and legends abound regarding pulque. One of the more unfortunate urban legends was the use of “la muñeca” (“the little doll”), essentially a rag containing human or animal poo, used as the starter. It is reputed that this was an aggressive, slanderous campaign undertaken by the European beer breweries in the 20th Century, in their effort to encroach on and undermine the humble but emblematic pulquerías. It appears that this scurrilous approach along with social, political and economic factors succeeded in marginalizing the once ubiquitous pulquería to the brink of extinction.

Down But Not Out

In recent years there has been a bit of a renaissance with Mexico’s youth and their burgeoning interest with their forebearer’s tipple of choice. Pulquerías now host not just the aul’ lads in the corner who have been the cornerstones throughout the years, but the young hipsters, punks, students and everyone in between, including us. 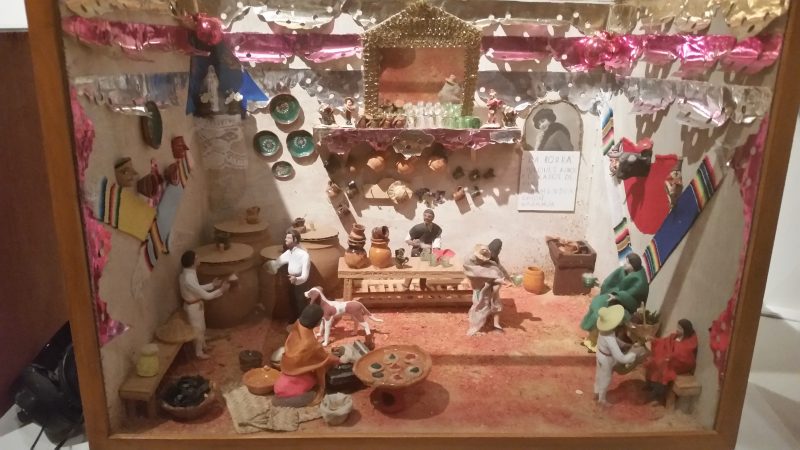 Our first sampling of pulque was at “La Risa”, it was here that we also happened upon how good “botanas“ can really be. We eased our way into our first sampling, opting for a couple of litres of curados. A curado (cured) is pulque with flavourings added, common flavours are guava, oats, mango, coffee, coconut, celery, peanut, strawberry etc… All still scooped out of their respective barrels/vats by the pulquería’s tender.

Initial thoughts; not bad, definitely different. The viscous consistency was probably the biggest hurdle, the fact it was flavoured helped. The large bowl of black bean and pork bone soup and tortillas (botanas) it came with were a bonus! All of this for 80 Pesos, about $4.

Our unadulterated encounter with pulque was at “El Templo de Diana” . We went with a 1/2 litre of straight pulque each. In it’s true form it is easy to see where sexual comparisons and indeed connotations arise (no pun intended). The milky white colour, the pungent aroma and yet again the viscous consistency all denote such innuendos.

“El Templo de Diana” is a traditional, sawdust on the floor, pulquería. Whilst we were there, the sweet waitress danced with an old patron in between serving pulque. Soon, we were there long enough to be the recipients of gifted “litros” from a local old timer. When we reciprocated , he initially seemed offended, but soon we were treating each other to litros and raising our mugs in salutations across the sawdust floor.

Not to be outdone (to treating the turistas to Mexican hospitality), the third point of our “love triangle”  got involved. He bought us tunes, whereby we were serenaded by a roving duo of musicians who were temporarily joined by the local Mexican “Bez” (of the “Happy Mondays”). As romantic as it sounds to be serenaded, it was actually quite hilarious with “Bez” singing and dancing animatedly along, all the while huffing some “happy” substance from a plastic baggie!

The triangular “rounds” continued and after “thank yous”, “gracias”, kisses, hugs and hand-shakes with our new amigos, we left there with quite the pulque buzz. Two Rabbit (God of Pulque) would have been proud! 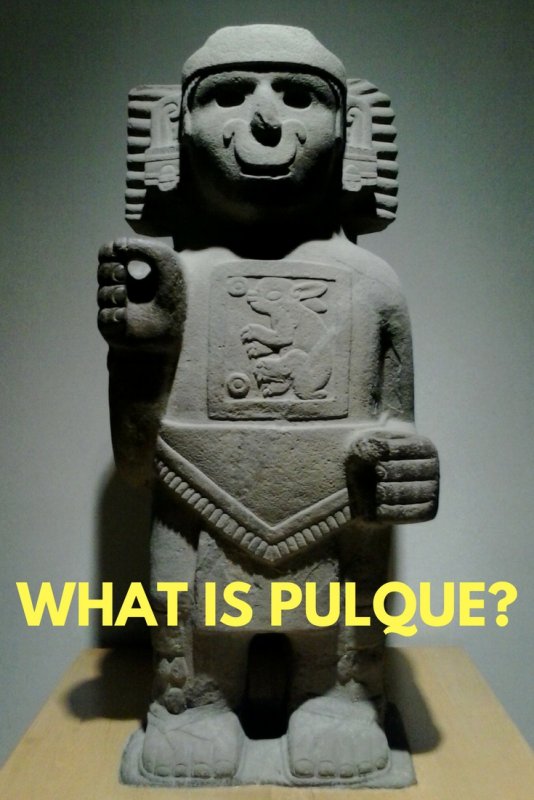