Although still a relatively “young” country, depending on how you look at it, America has produced some of the most iconic brands, notions and identifiable attributes worldwide.

Henry Ford is seen as the “father” of the automobile industry by many. He is credited with the mass manufacture of early automobiles. This in turn allowed many middle-class Americans the opportunity to afford this new luxury. Indeed it could be argued nowhere in the world has embraced the car culture as much as America.

This love affair has spanned the decades and has spawned it’s own spin-off culture of motels, drive-through fast-food joints and quirky road-side attractions. Is there any other road in the world as romanticised as Route 66, even though it no longer exists in it’s entirety? Who hasn’t dreamt of the classic American road trip? Driving from coast to coast in a convertible on the “mother road”.

Deciding to drive our van to Mexico was a huge decision to make, for it meant taking a nearly 20 year-old vehicle on the biggest journey of its life. A lot of that would involve driving through America. Coming from Maine, that meant a solid 3,000 miles or more. That distance and the cost of traveling through America meant it was best to head to Mexico rather quickly. Instead, it took us almost 2 months to make our way across the U.S.A.

Any country this vast is filled with an amazing amount of variety, from inspiring landscapes and legendary drives, to must-see sights and regional food specialties, which were found in abundance. Along the way we even had the chance to meet up with old friends from the road who welcomed us into their own part of the country and showed us a true view we never would have seen otherwise. So we thank you Doug, for agreeing to meet up with us again. Also, we thank our old travel friends Andy and Cheryl. We stayed with them as they prepared for their own 3 month trip to Mexico with their dog, Rufus. 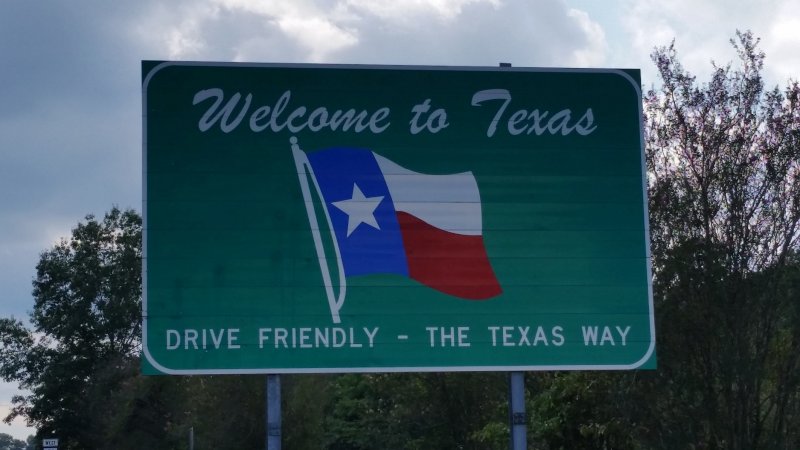 The road trip was born here in the U.S.A. Having time to head down the winding road, with or without a planned route, is a heady thing indeed! Iconic sites are everywhere and you soon realize there are too many options. Any route you take is just waiting to show you its own version of what America has in store. You will also get to see some things that, in their uniformity, offer a bit of reassurance to the road-weary; all the same shops, restaurants and hotels are there, should you want them. If you are after true adventure and authenticity and you demand the once-off joints or the quirky finds, the classic American road trip promises to be all you imagined.