We Drifters are constantly amazed with the surfeit of really decent accommodation deals that are to be had on the road, and we love pointing these places out. This ongoing post deals with some of the various hotels we have stayed at along the way; much of them fondly recalled. Some of them are best left forgotten!

The above photo is not representative of any particular room, we will just be using it as the “title” photo for this recurring piece simply because we really like it! Photos of the actual hotel/accommodation in question will be featured within the post below.

If we recommend a hotel we will sum up our review with our Drifter’s Recommendation -“Drift On In!”

If we suggest you look elsewhere for a room we will tell you – “Keep On Drifting!”

We receive no compensation for these reviews. 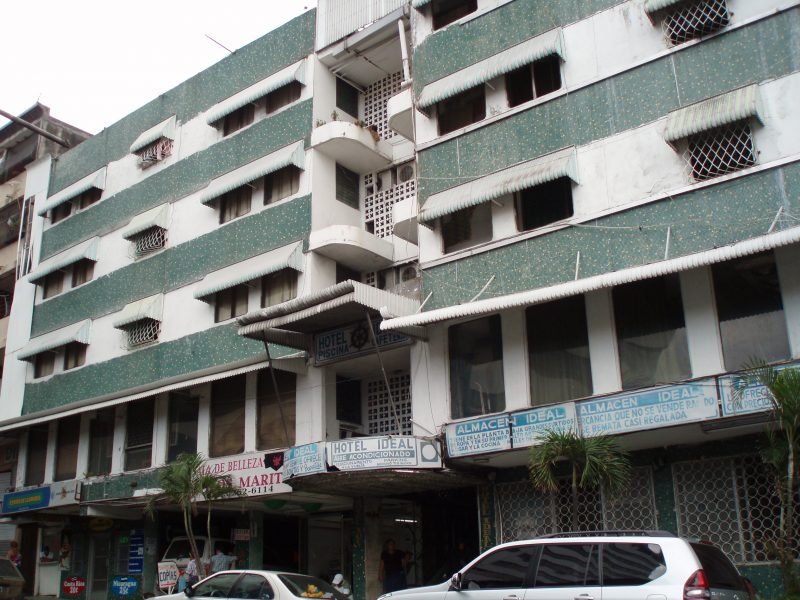 Panama tends to be a bit pricier than most of Central America when it comes to hotels, but we were happy to score this room for $18 per night for a double bed with private bath.

The Hotel Ideal’s glory days have long since faded and you can’t help but notice this as you make your way through the not-so-chic crumbling, peeling shell of it’s former self. If you’ve not had a chance to check your reflection today, fear not; the lobby and foyer will have you seeing yourself from every angle with it’s kaleidoscope of mirrors. It is 70’s disco with a hint of old Vegas, catering to a revolving door of repeat clientele and a few budget seeking travellers.

If you end up staying here, do yourself a favour and take yourself on a tour of the premises. Your amazed gaze will be treated to a pool that hasn’t seen water in many a year, complete with a rockery of bizarre and colourful characters, all of which are offset by the rusted-out overhanging roofs littered with equally rusty beer cans and random rebar poking through cracked concrete. All of this is after you’ve been greeted by the pink and blue broken concrete sailfish by the main entryway. If you like quirky or trippy, you’ve come to the right place! 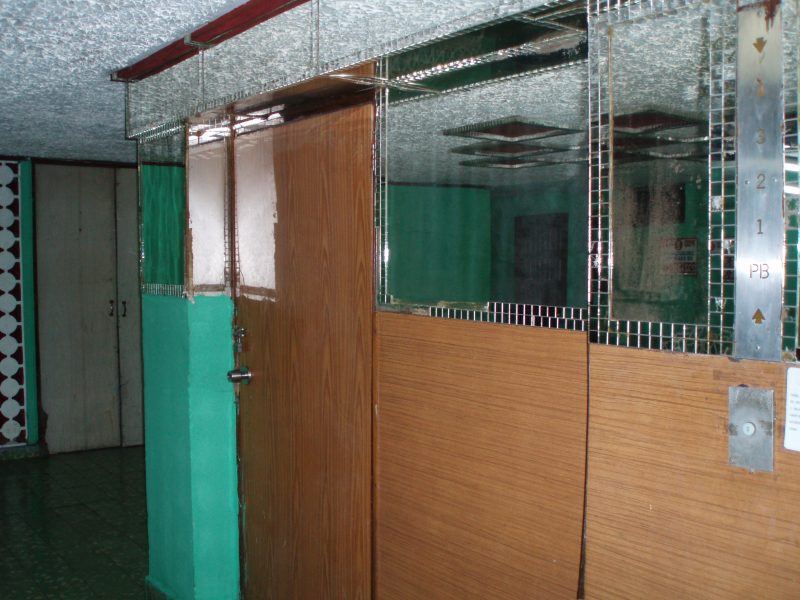 This hotel is very centrally located in the Santa Ana neighbourhood. The area is definitely a bit rough around the edges and does not quite exude the same crumbling, yet quaint colonial appeal as the nearby up-and-coming Casco Viejo neighbourhood.

As previously mentioned, we got a double bed with private bathroom, and some of the most reliable hot water and water pressure during our travels in Panama. We also got some bed bug bites! The room itself was clean and sometimes bed bug bites just come with the territory of budget digs; sometimes they too like to live it up and opt for a bit of a luxury pad. Bed bugs are travellers too, so their presence is not necessarily reflective of how much a room costs.

There was a/c which was very welcome in the heat of the city. There was also cable television.

Naturally being in the city, noise is a factor but nothing that some ear plugs can’t muffle.

It is also nice when the reception is manned around the clock. We have experienced many lodgings who lock their doors at a certain hour and you are then held prisoner until the guardian of the portal resurfaces. Thankfully the Hotel Ideal had 24 hour access.

Since the hotel is located in the heart of this sprawling city, you may find yourself far from some of the sights, such as the Miraflores Locks at the Panama Canal and Panama Viejo. Aside from the Panama Canal, the city has another tourist draw card, and that would be Casco Viejo. The Hotel Ideal is located within a 5 minute walk of this charming enclave of old architecture that is being gussied up into fashionable shops and stylish boutique hotels.

The new(ish) Metro Bus system seemed a bit convoluted to us, but it is handy once you figure it out. There is a terminal just up the street from the hotel that will take you to Albrook Station, which is ground zero for any bus coming or going from Panama City.

Being so centrally located, it is needless to say you won’t starve. For late night hunger pangs there is the home-grown fast food favourite “Pio Pio” specializing in fried chicken, which seems quite popular in Central America. There is also a cheap but tasty canteen style/steam-table called “Cafe Nelson” on nearby Avenida Central; a great place to satisfy comfort food cravings.

Please, gorge on as much ceviche as you can if you like seafood. Panama City has the BEST ceviche ever, at least that we have yet encountered. Take a stroll about; there are food options everywhere for all budgets, including supermarkets if you want to self-cater. The Hotel Ideal does not provide kitchen privileges.

What comes to mind aside from the sights of Casco Viejo is the Mercado del Marisco, or seafood market. The Hotel Ideal is a few blocks from the rough and tumble dockside market where all of Panama City comes for the freshest raw seafood, and the best prepared ceviche. Your head will spin when you see all the vendors, and you taste buds will smile once you choose. If there is anything more authentic in Panama City than ceviche with crackers and a cold Balboa beer, then please tell us.